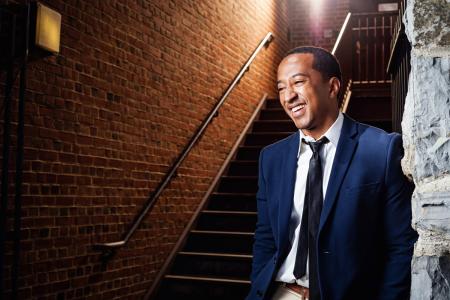 Join SOBA for a casual pre-concert reception at Ware House 518 featuring light appetizers and the sweet creations of Dovecote Café. Then head with a Hopkins group to An die Musik LIVE! for Mark Meadows' Release Concert celebrating his third CD, To The People.

The reception will run from 6:00 to 7:30 pm and there are two concert performances, one beginning at 8:00 pm and the other at 9:30 pm. Attend both the reception and the concert, or choose just one. Concert tickets can be purchased seperately through An die Musik LIVE! at http://www.andiemusiklive.com/.

Meadows A&S '11, Peabody '13 was named "Artist of the Year" and "Composer of the Year" for 2014 by Washington DC’s City Paper and called "a gifted musician" by pianist Cyrus Chestnut. Meadows’ performances reflect his versatile musical background encompassing jazz, R&B, gospel, and rock.