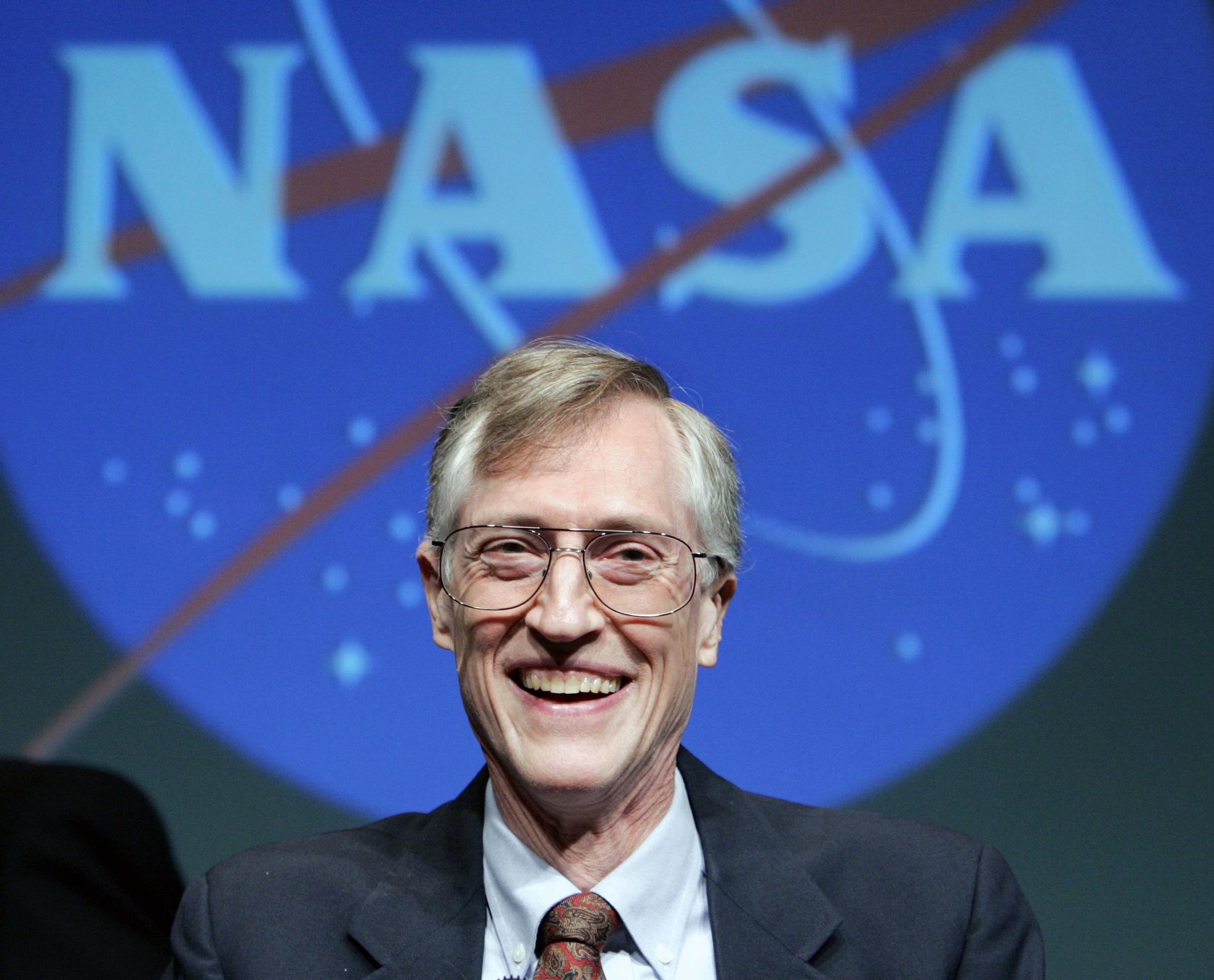 Dr. John C. Mather is a Senior Astrophysicist in the Observational Cosmology Laboratory at NASA's Goddard Space Flight Center. His research centers on infrared astronomy and cosmology. As an NRC postdoctoral fellow at the Goddard Institute for Space Studies (New York City), he led the proposal efforts for the Cosmic Background Explorer (74-76), and came to GSFC to be the Study Scientist (76-88), Project Scientist (88-98), and also the Principal Investigator for the Far IR Absolute Spectrophotometer (FIRAS) on COBE. He showed that the cosmic microwave background radiation has a blackbody spectrum within 50 ppm. As Senior Project Scientist (95-present) for the James Webb Space Telescope, he leads the science team, and represents scientific interests within the project management. He has served on advisory and working groups for the National Academy of Sciences, NASA, and the NSF (for the ALMA, the Atacama Large Millimeter Array, and for the CARA, the Center for Astrophysical Research in the Antarctic). He has received many awards including the Nobel Prize in Physics, 2006, for his precise measurements of the cosmic microwave background radiation using the COBE satellite.

Engineering is the basis for space age science, and there are a few places in the world where the communities come together. I will show some of the key inventions that make the James Webb Space Telescope possible, and ask for your help with the next generations of space observatories, from far infrared to X-rays. If you can imagine it, you can build it. If it’s not impossible, let’s have a shot.

**Pizza will be provided to attendees who have registered through EventBrite.**