Elizabeth Oliver-Farrow is President & CEO of The Oliver Group, Inc., (OGI) a public policy and communications company based in Washington, DC. She brings over 40 years of public relations, marketing and production experience to OGI and is a media consultant to CEOs and senior executives integrating corporate initiatives with successful communications strategies. She was formerly President and CEO of a public relations, management consulting and community outreach company with Federal Government and private sector clients.
Under her leadership, the firm received the 2003 Thoth Award Certificate of Excellence from the Public Relations Society of America, 1997 Gold and Bronze CINDY Awards in Public Service category, International Association of Audio-Visual Communicators; 1997 Art Directors Club of Metropolitan Washington Annual Show Award in Regional/National Radio Advertising.
Prior to moving to the District, she promoted music, movies and an international destination and resort in New York City.
Since 1992, Oliver-Farrow has received numerous awards in recognition of her contributions to the business community, among them: 2009 Service Award, Hispanic College Fund, Inc., 2009 Latina Lideres, National Puerto Rican Coalition at George Washington University; 2006 Hispanic Visionary Award, New York City Hispanic Chamber of Commerce; 2005 100 Top Latinas, Hispanic Magazine; 2002 International Leadership Award, Mexican American Chamber of Commerce; 2002 Civic Leadership Award, Hispanic Magazine; 2001 Imágen Award, Puerto Rico; 2000 Reconocimiento, III Gran Encuentro ADME, Dominican Republic; 1996 Women in Leadership, Wal-Mart; 1996 Businesswoman of the Year Award, US Hispanic Chamber of Commerce; 1993 Blue Chip Award, US Chamber of Commerce.
A recognized leader in the Hispanic community, Oliver-Farrow served for six years on the board of the US Hispanic Chamber of Commerce and was elected Chair 2000–2002. During her Chamber tenure, representing over 1.2 million Hispanic business owners, she was an invited speaker to the top 22 US markets including Puerto Rico and, Mexico, Costa Rica, Dominican Republic and Spain.
She serves on several corporate boards including: CareFirst, Inc, Hispanic Communications Network and Advisory Board of Comcast in Washington, DC. Ms. Oliver-Farrow is also Chair Emeritus of the Hispanic College Fund, where she has served as a trustee since 1995. She is also Chair of the NEA Foundation for the Improvement of Education. She is a member of the International Women's Forum/Women's Forum of Washington, DC and Ex-Officio Board Member of the DC Chamber of Commerce, where she was elected 2000 Chair. From 1997 through 2004, she was Board Chair of Southeastern University and from 1996–1999, Elizabeth served as Chair of Greater Washington Ibero American Chamber of Commerce. She is listed in Who's Who in America since 1997 and Who's Who of American Women since 1983. 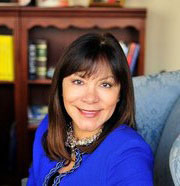